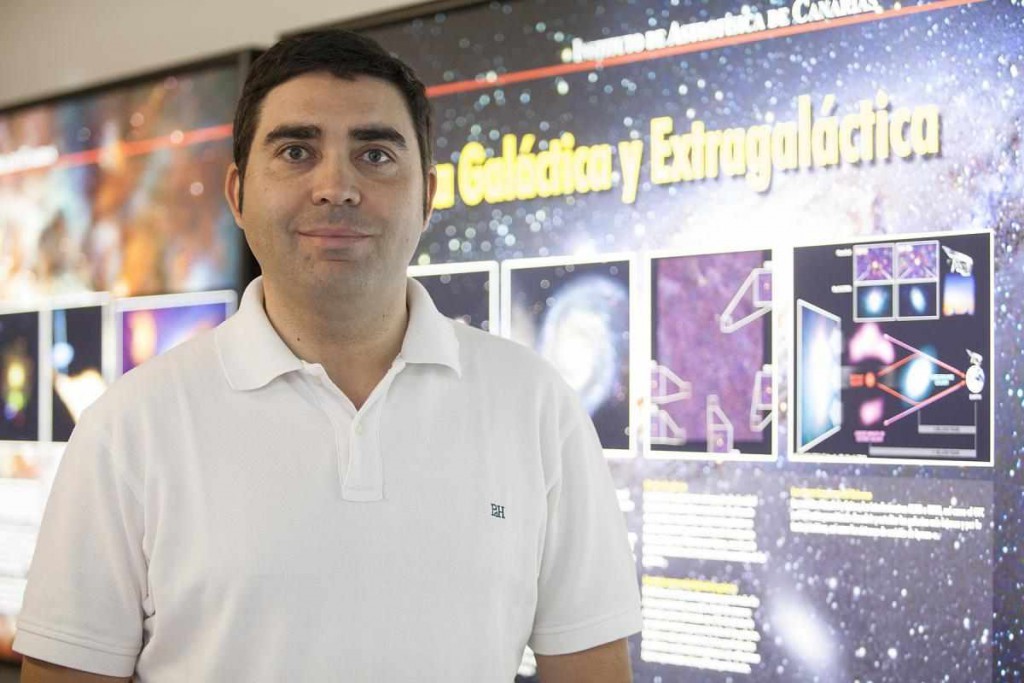 Enrique is scientific investigator at SCIC of the professional career is related to the Research Group “Estallidos de formación estelar en galaxias” that is composed of numerous astrophysicists from all around the world. Starting from his Ph.D. thesis at the Autonomous University of Madrid, his work focuses on the determination of the chemical abundance in regions of ionized gas produced by massive stars with the use of spectroscopy, an observation technique.

Dr. Pérez Montero has published more than 100 articles in the most prestigious scientific journals on this topic, as well as on properties of galaxies based on their chemical composition. This allowed him to collaborate with various observatories in Spain and abroad.

Enrique is affiliated to the ONCE Organization due to a retinal inherited degenerative disease. For that reason, he takes part in different programs for astronomy dissemination among persons with visual impairment.