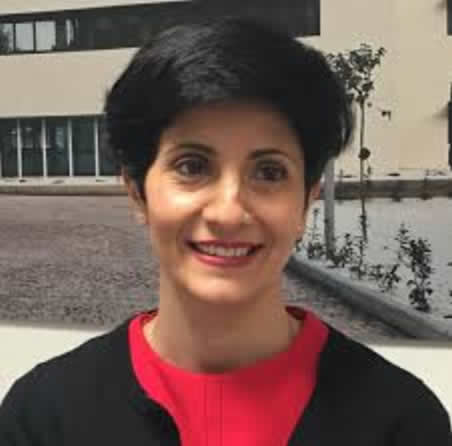 Estefanía Mirpuri Merino, born in Calahorra (La Rioja) in 1975, is the General Director of the ONCE Foundation for the Solidarity with Blind People of Latin America since January 2019.

Law degree from the University of Navarra in 1998 and Master in Management of Small and Medium Enterprises, since 1999 he held various responsibilities in the CEOSA Business Group, the General Directorate of ONCE, the Territorial Delegation of Madrid, and the Territorial Delegation in La Rioja where he assumed his direction from May 2011 until January 2019 at which time you accept the General Directorate of FOAL.

From 2003 to April 2007, she was responsible for the Technical Office of European Affairs of ONCE, being part of different work commissions in the European Blind Union (EBU) and participating in international Congresses and Forums.

Between May 2007 and May 2011, she was the head of the Department of Social Services in the ONCE Territorial Delegation in Madrid

Between May 2011 and 2018 was responsible for the ONCE Territorial Delegation in La Rioja.