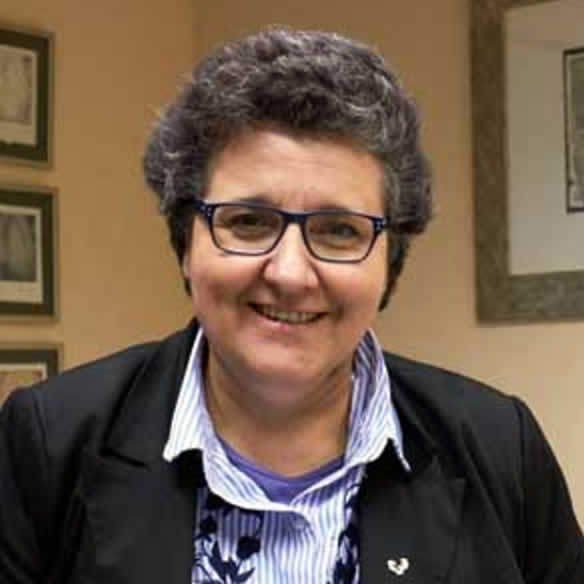 She is currently Vice Chancellor for Students and Employability at the University of the Basque Country / Euskal Herriko Unibertsitatea (UPV / EHU), and president of the Working Group on Diversity and Disability of the CRUE-Student Affairs Sectorial Commission. Since 1986 he teaches at the Faculty of Informatics of the UPV / EHU and since 1991 he is a senior lecturer at the Department of Architecture and Computer Technology.

She has been deputy dean of Euskara of the Faculty of Informatics (1991-1995) and director and academic secretary of her Department.

She has been a member of the University Commission for Teacher Evaluation of the UPV / EHU (2014-2016) and also an evaluator within the Bikain Euskararen Kalitate Ziurtagiria program on the quality and use of Euskara in companies and institutions, promoted by the Department of Culture and Politics Linguistics of the Basque Government.

She has a research six-year term and had co-directed two doctoral thesis. She has directed four research projects and participated in another 10 (regional, national and European).

Txelo is a member of the RSAIT Research Group, Robotika eta Sistema Autonomoen Ikerketa Taldea, recognized as a group consolidated by the Basque Government.

She has been tutor of the ERAGIN program: Project-based learning (2012-2014). She has obtained excellent evaluation in the UPV / EHU Docentiaz program in the first and sixth calls of the same (2011; 2016).